Setting up a Grouped Leaderboard

grouping the values of a leaderboard into categories

Written by Sarita Markande
Updated over a week ago

A grouped leaderboard would allow you to group the values based on which you're creating the leaderboard, into certain categories.

The best example of this would be the Leaderboard based on Class Years.

The class years might range from the 1900s to the 2010s. You may not want to show all these years at once on the leaderboard.

Another way could be as shown in the example above.
Further grouping the 1960's and 70's into a category called "Baby Boomers", and so on. 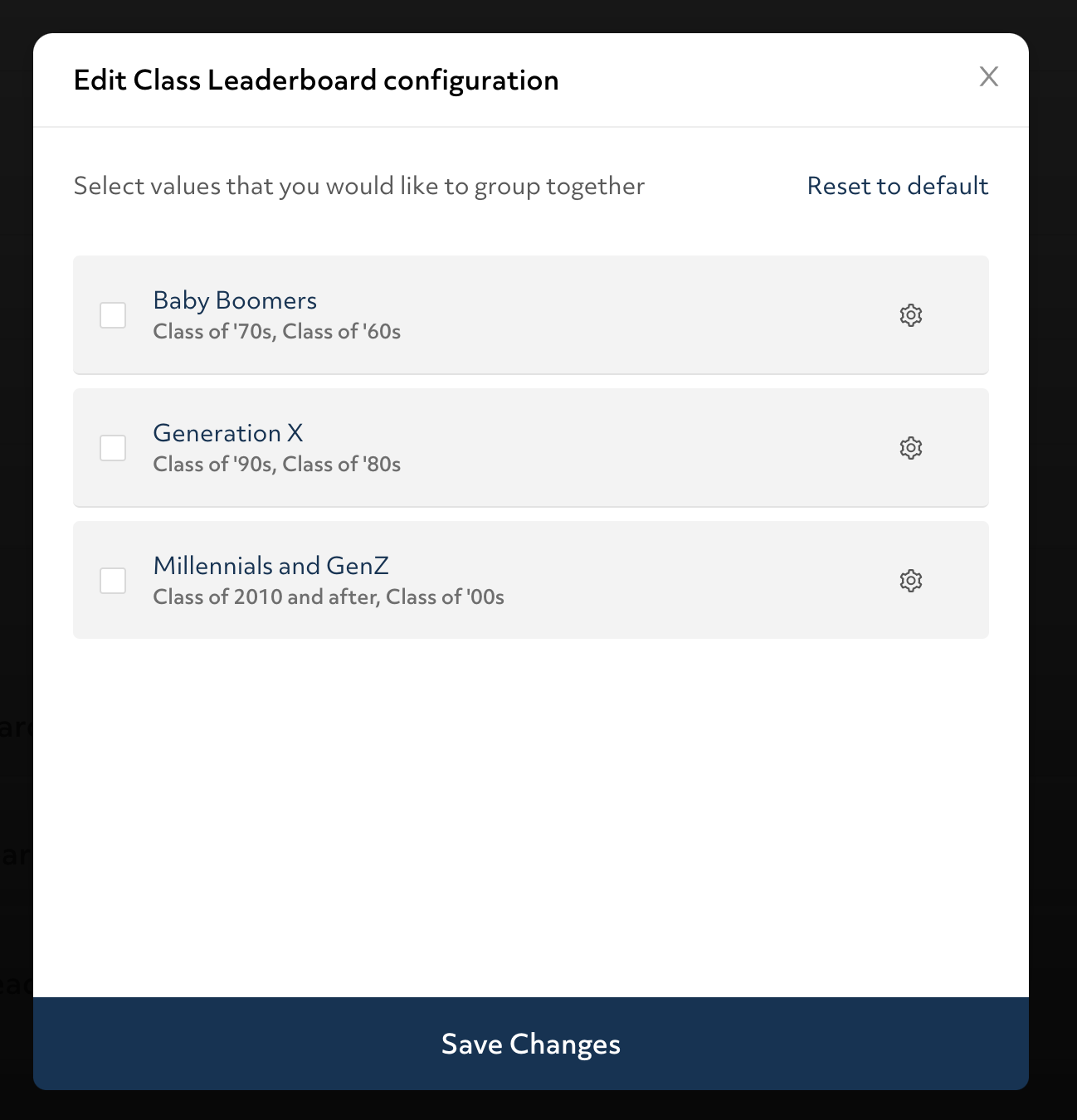 It is pretty simple to set it up.

When setting up a leaderboard, click on the gear icon beside the Group by field. 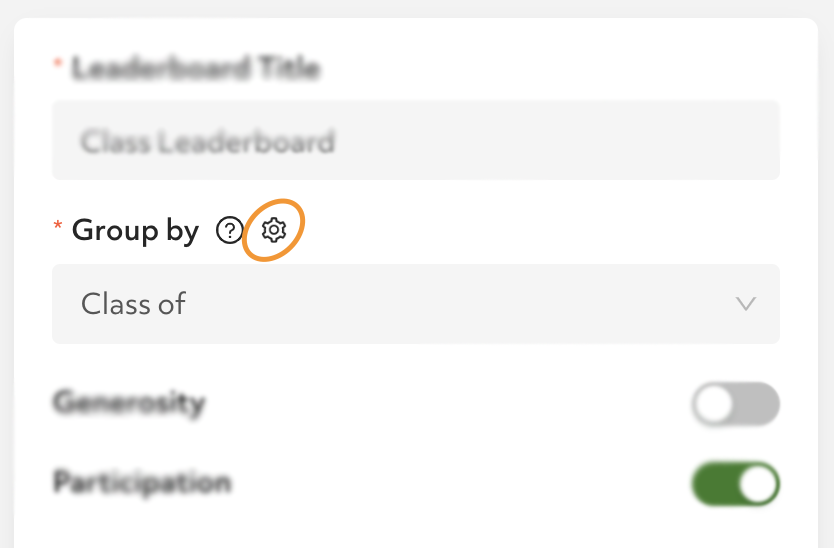 Other articles on Competitive giving:

Reach out to us at help@almabase.com in case of any queries.

Did this answer your question?